McKinley Elementary is a Kindergarten through 5th grade school in the Fargo Public School District. It is located approximately 2.5 miles north of downtown Fargo in the city’s Northport Neighborhood. The neighborhood consists of primarily residential land uses and commercial retail. Within the McKinley boundaries, per capita income is slightly less than the district average, as well as, the median household
income. Over half of McKinley’s students are eligible for free and reduced lunch programs. Less than four percent of students participate in English Language Learners programs. 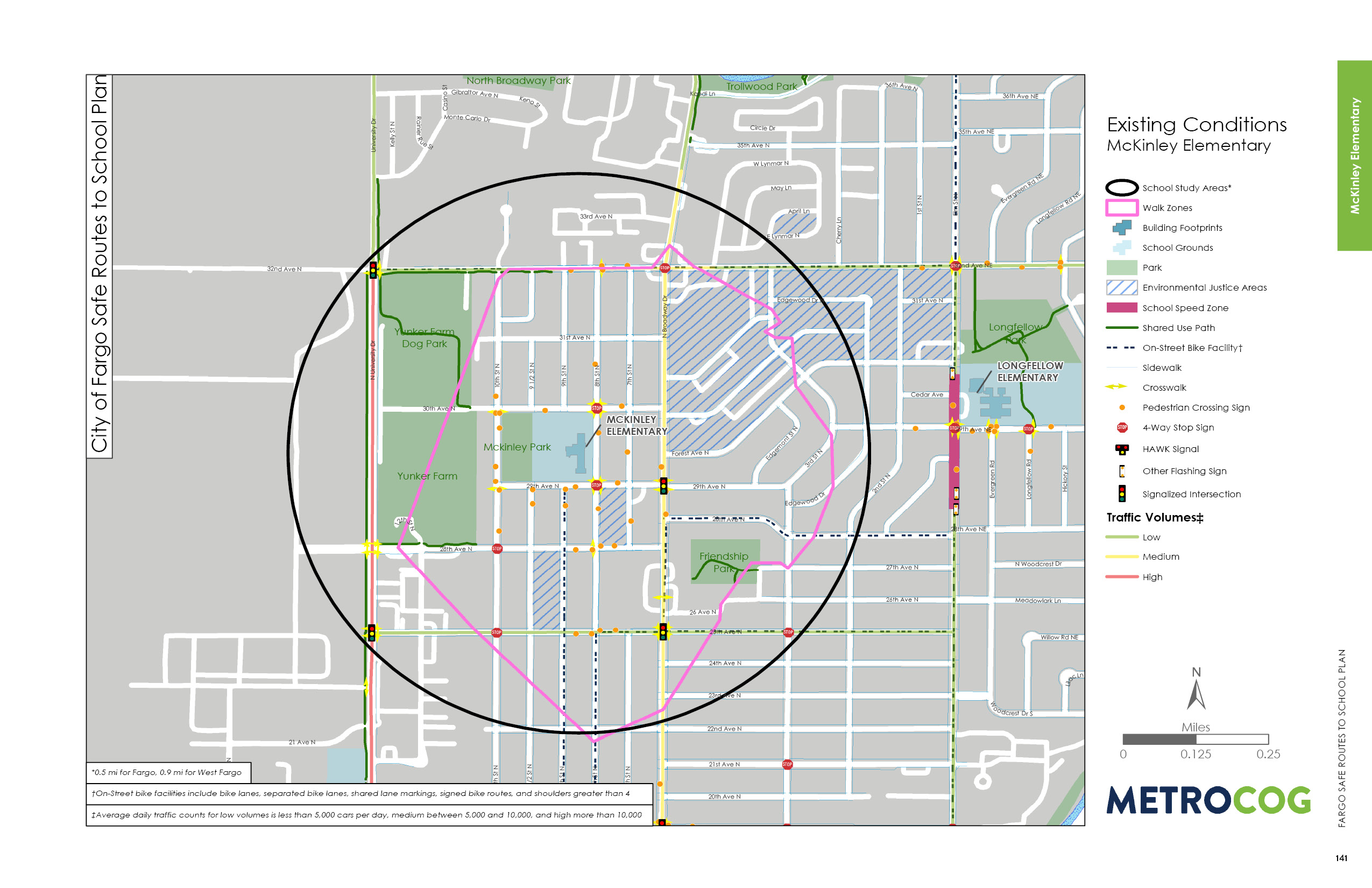 Challenges and opportunities near McKinley Elementary are primarily focused on high traffic volume roadways near the school.

Broadway was identified as a barrier for students walking and biking to school by school administrators and caregivers. It’s a medium volume corridor with long crossing distances, observed speeding, and very few enhanced crossing locations. Many students live in a multifamily housing development on the east side of Broadway. This housing development also qualifies as an Environmental Justice Area. 30th Avenue N and Broadway is an uncontrolled intersection with no pedestrian crossing amenities. The only protected pedestrian crossing is a traffic signal at 29th Avenue N, which is not direct or convenient for students who live north of 30th Avenue N.

There is no school speed zone for McKinley Elementary, so drivers may not be aware of the school’s presence or when students are likely to be traveling to/from school. 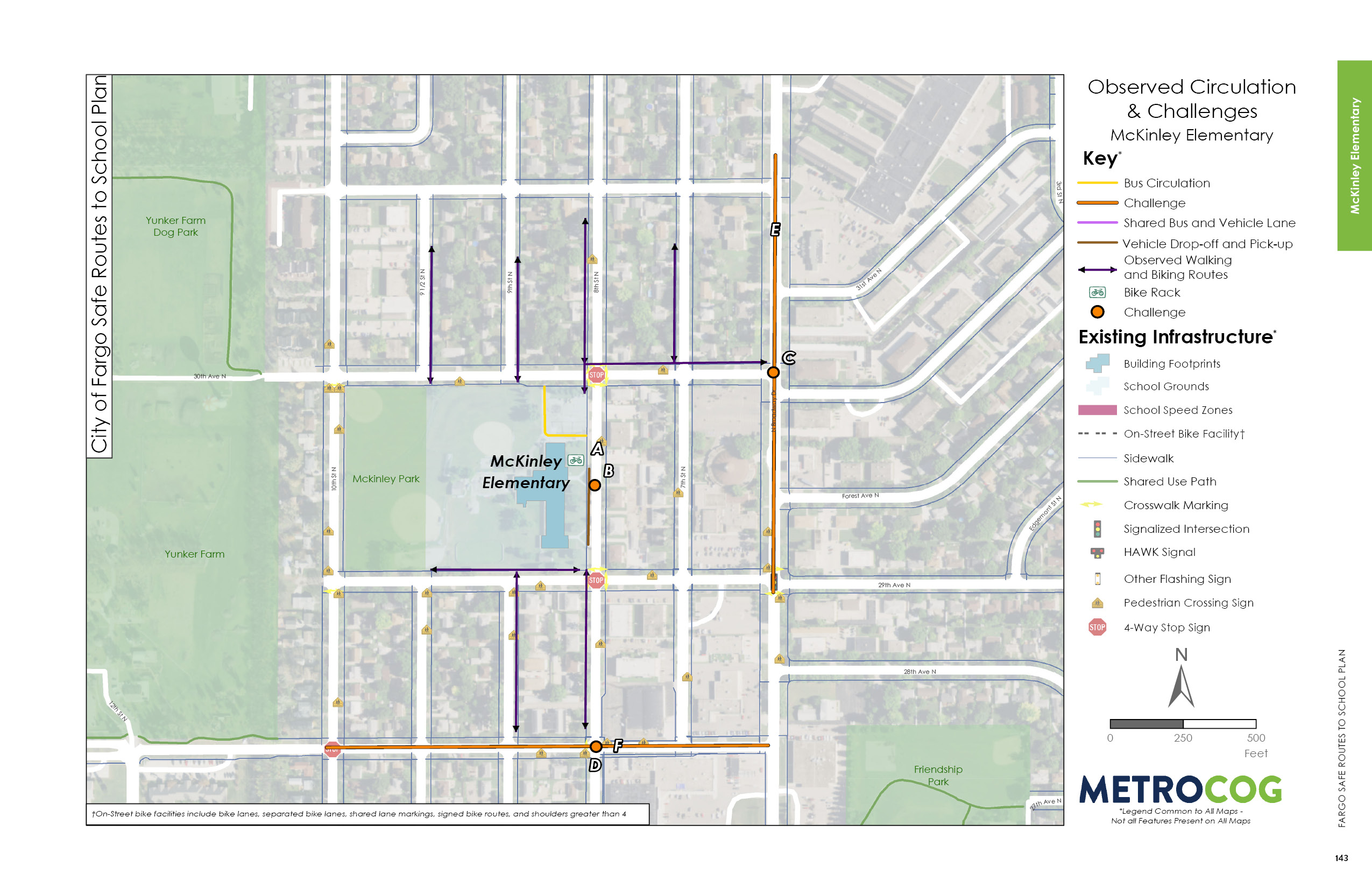 At McKinley, the high impact opportunity is to improve pedestrian crossings at the intersection of Broadway and 30th Avenue N. Despite living only two blocks east of McKinley, many students who live in the multifamily apartment buildings east of Broadway do not walk to school due to the challenges at this intersection. Potential improvements are focused on reducing pedestrian crossing distances, increasing visibility of pedestrians, and improving driver yielding behavior. This plan also recommends taking a more corridor-wide view of Broadway to identify strategies to calm traffic and improve conditions for people walking and biking on a broader scale.

Additional opportunities for improvement for McKinley Elementary school include relocating and upgrading bicycle parking to a more convenient and prominent location, exploring opportunities for a midblock crossing to the school’s main entrance, and enhancing the pedestrian crossing at 28th Avenue N and 8th Street N.

As development continues to intensify to the north, additional improvements may be needed to better connect new residents to McKinley Elementary from north of 32nd Avenue N.

Additionally, establish a school speed zone with light that flashes during arrival and dismissal to increase awareness and encourage slower traffic speeds when students are likely to be walking or biking to and from school. 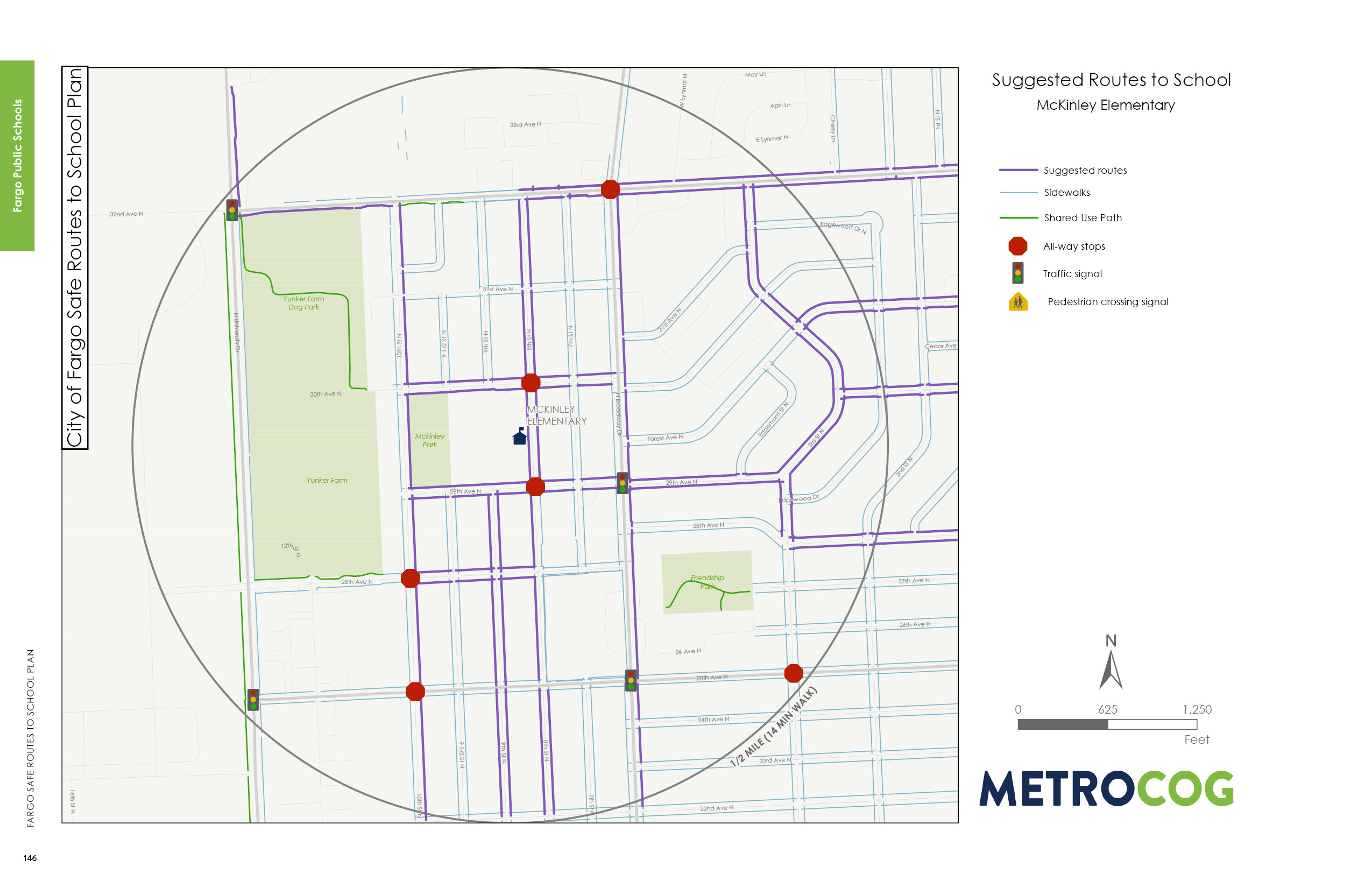 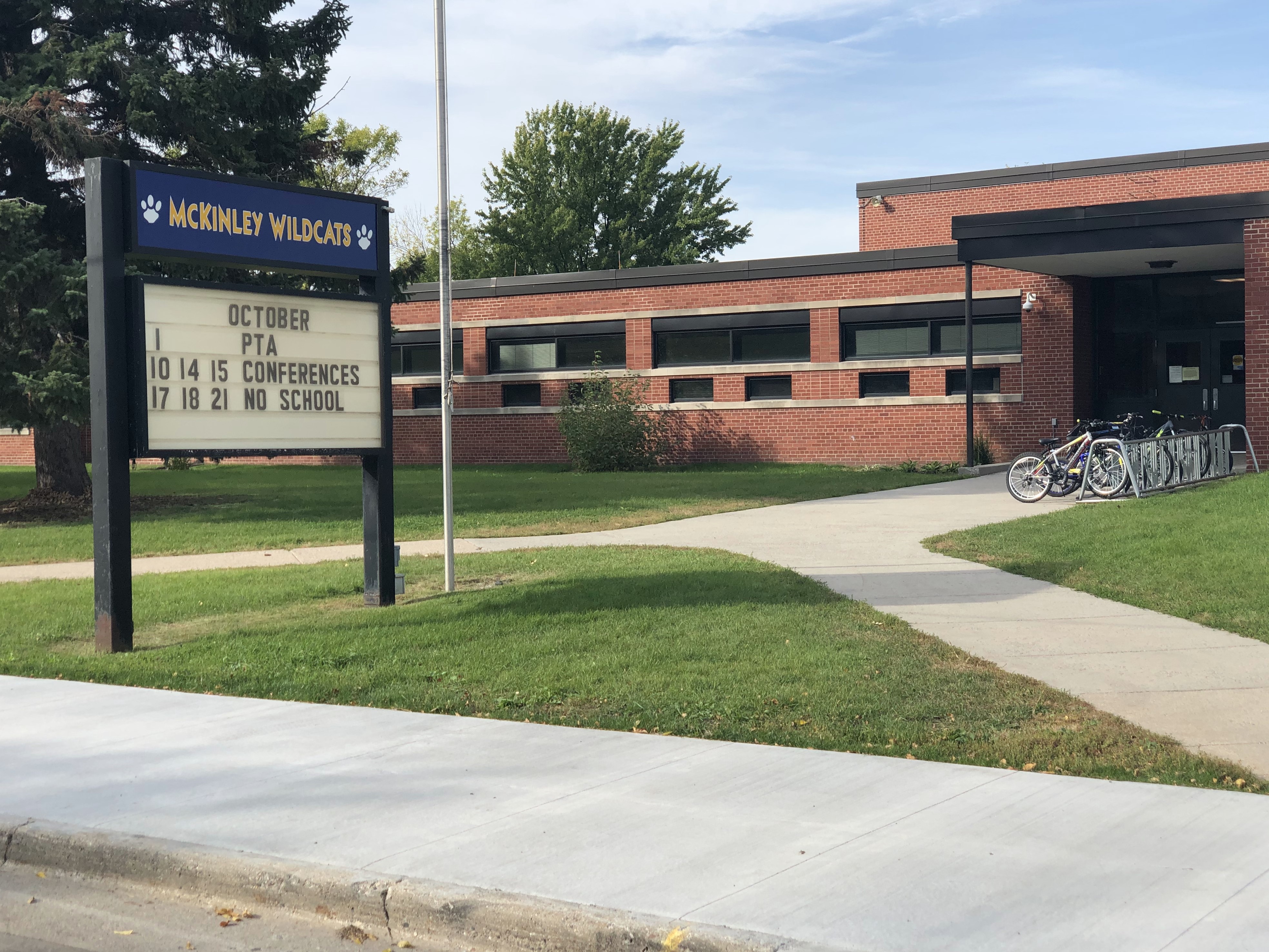 How to Get Involved at McKinley?