The school was constructed in 2013. The school is bound by Veterans Boulevard to the east, 36th Avenue E to the north, 7th Street E to the west, and Sheyenne High on the south. The roads to the north and west consist of local roadways. Existing major corridors, such as Veterans Boulevard and 40th Avenue S are difficult to cross because of high traffic volumes and high travel speeds. These roads are considered hazardous roadways to students walking and biking to school, so students are not expected to cross them, but many still do. Crossings only occur at signal and HAWK-controlled intersections.

However, adequate pedestrian and bicycle spaces exist along both corridors to provide connections to and from school grounds. During pick-up and drop-off, parent vehicles are instructed to enter the parking lot from 36th Avenue E and exit onto 7th Street E in a one-way loop. This circulation route sends vehicles through the Liberty Middle and Sheyenne High campus where many students cross to access the buses at Liberty Middle. This often results in conflicts between students walking on campus to and from school. 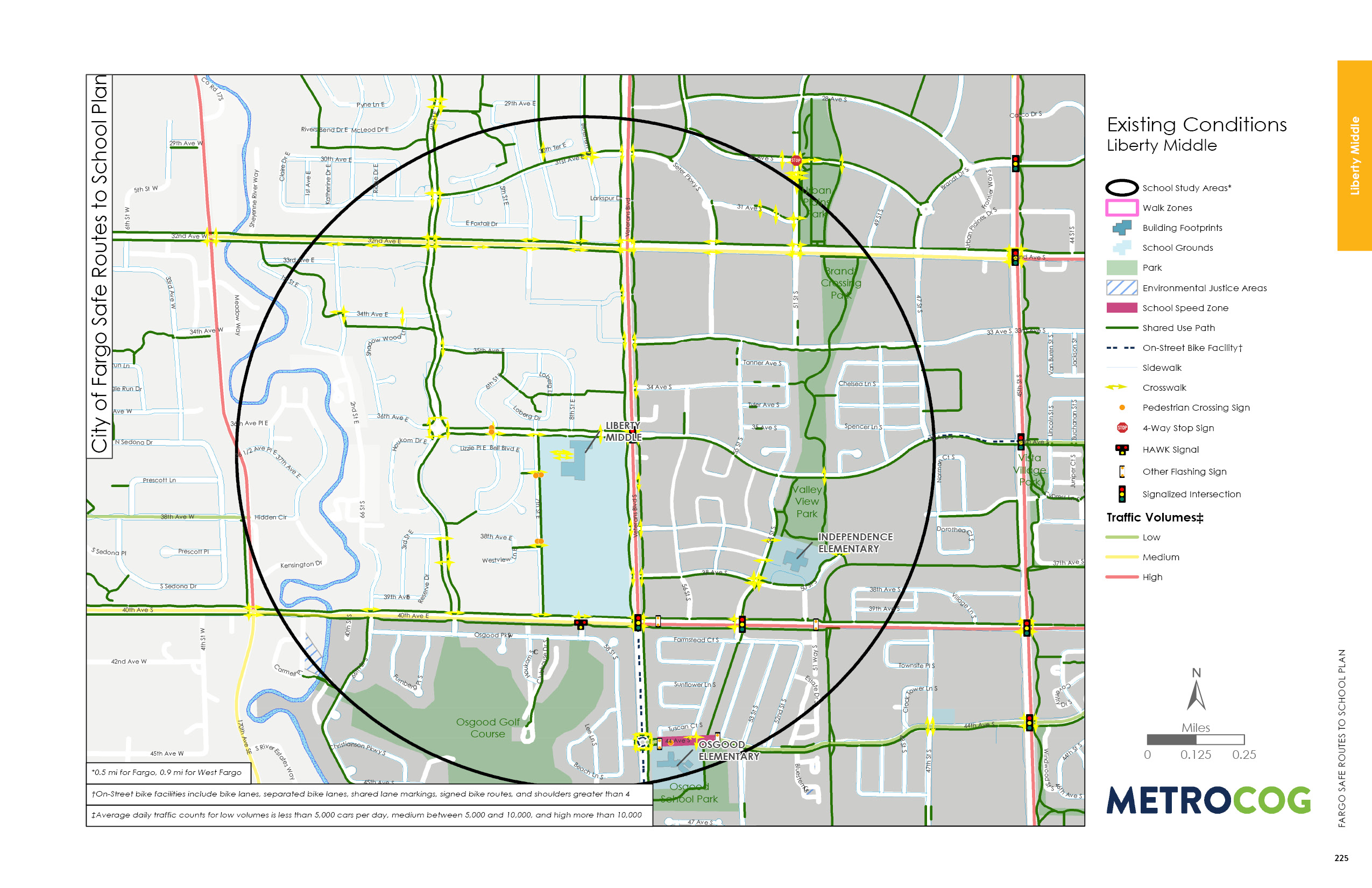 Liberty Middle is directly north of Sheyenne High. The two schools make up one large school campus that is one-half mile, north to south, and lacks many permanent internal pedestrian circulation routes.

To the east is Veterans Boulevard, a high traffic volume corridor with high observed travel speeds and no protected crossings between 36th Avenue E and 40th Avenue E (0.5 miles). This makes access from the east challenging and requires a long circuitous route to get to school. The intersection of 36th Avenue E and Veterans Boulevard is a major concern for the school, which reported multiple car and pedestrian crashes. Additionally, it was reported by students and the school that signal phases and timing at this intersection does not provide adequate time to cross and wait times are long.

36th Avenue E is a primary east-west circulation route for students walking and biking to school. Along 36th Avenue E, a lack of pedestrian crossing facilities creates challenges for students walking and biking to school, specifically at 7th Street E, 8th Street E, and the school parking lot. The intersection of 7th Street E and 36th Avenue E has long crossings and no crosswalks or median refuge islands. The north visitor parking lot driveway is very wide and unmarked, and crossing 36th Avenue E often has challenging visibility. This location has had multiple pedestrian or bicycle involved crashes.

There are concerns regarding speeding along the one-way circulation loop just south of the school building. This area lacks crosswalk markings, and many students were observed walking from Sheyenne High to get on the bus at Liberty Middle. 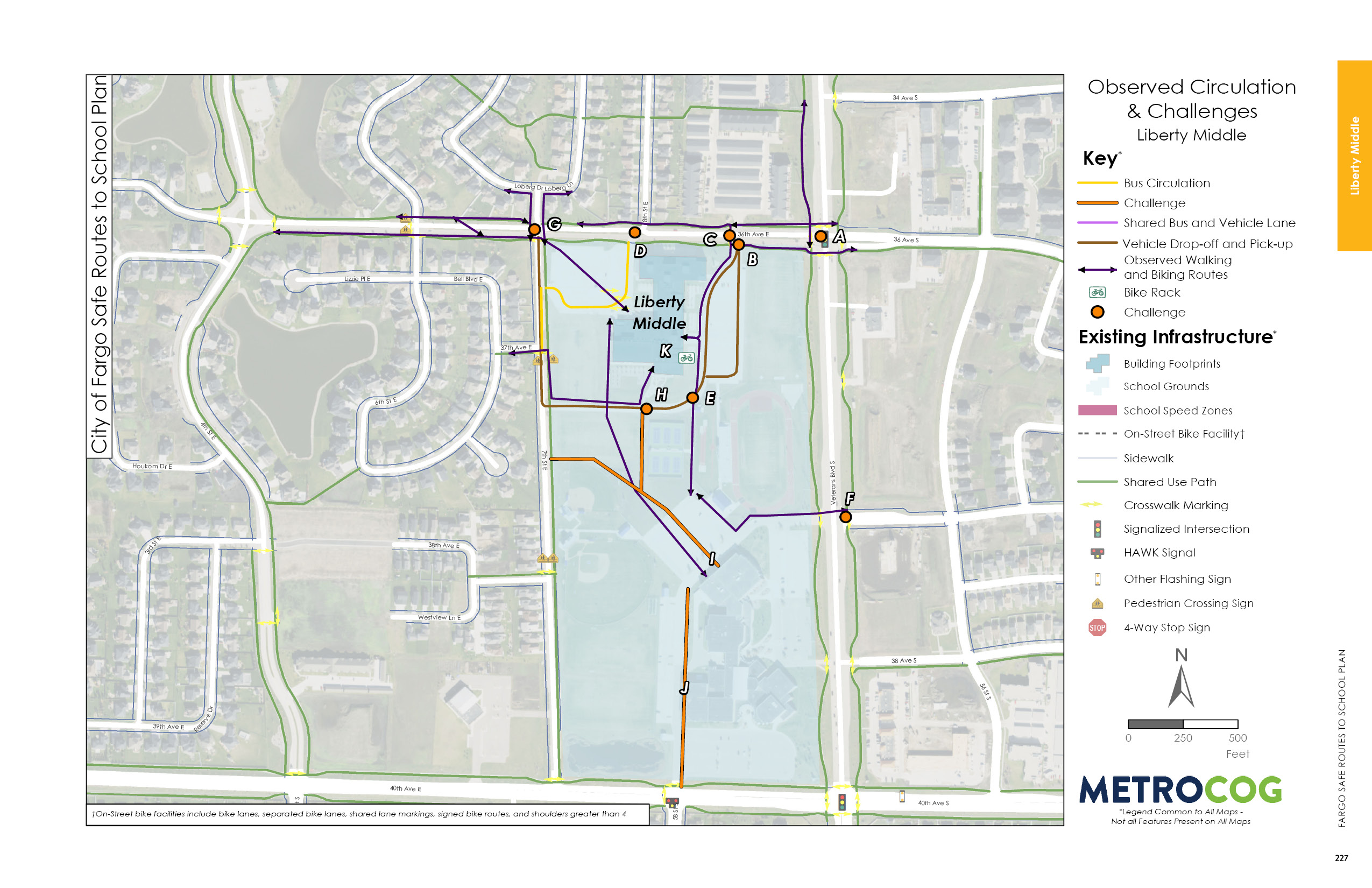 Crossings of 36th Avenue E are uncomfortable for students traveling to Liberty Middle and are considered high impact for improvement. In particular, signal timing and phasing changes should be considered at Veterans Boulevard, as well as providing additional space to improve visibility. Just west of Veterans Boulevard at the north school parking lot access, the median space should be extended to break the crossing of 36th Avenue E into two steps, calm traffic, and improve visibility.

Students often use the intersection of 36th Avenue E and 7th Street E while traveling to and from school. This intersection could be improved to shorten crossing distances and improve visibility.

On campus comfort and safety should be improved by calming vehicle traffic along the one-way circulation loop, just south of the school building. Additionally, separated and direct pedestrian routes to travel to, from, and within the Liberty Middle and Sheyenne High shared campus will improve on-campus pedestrian and bicycle circulation. 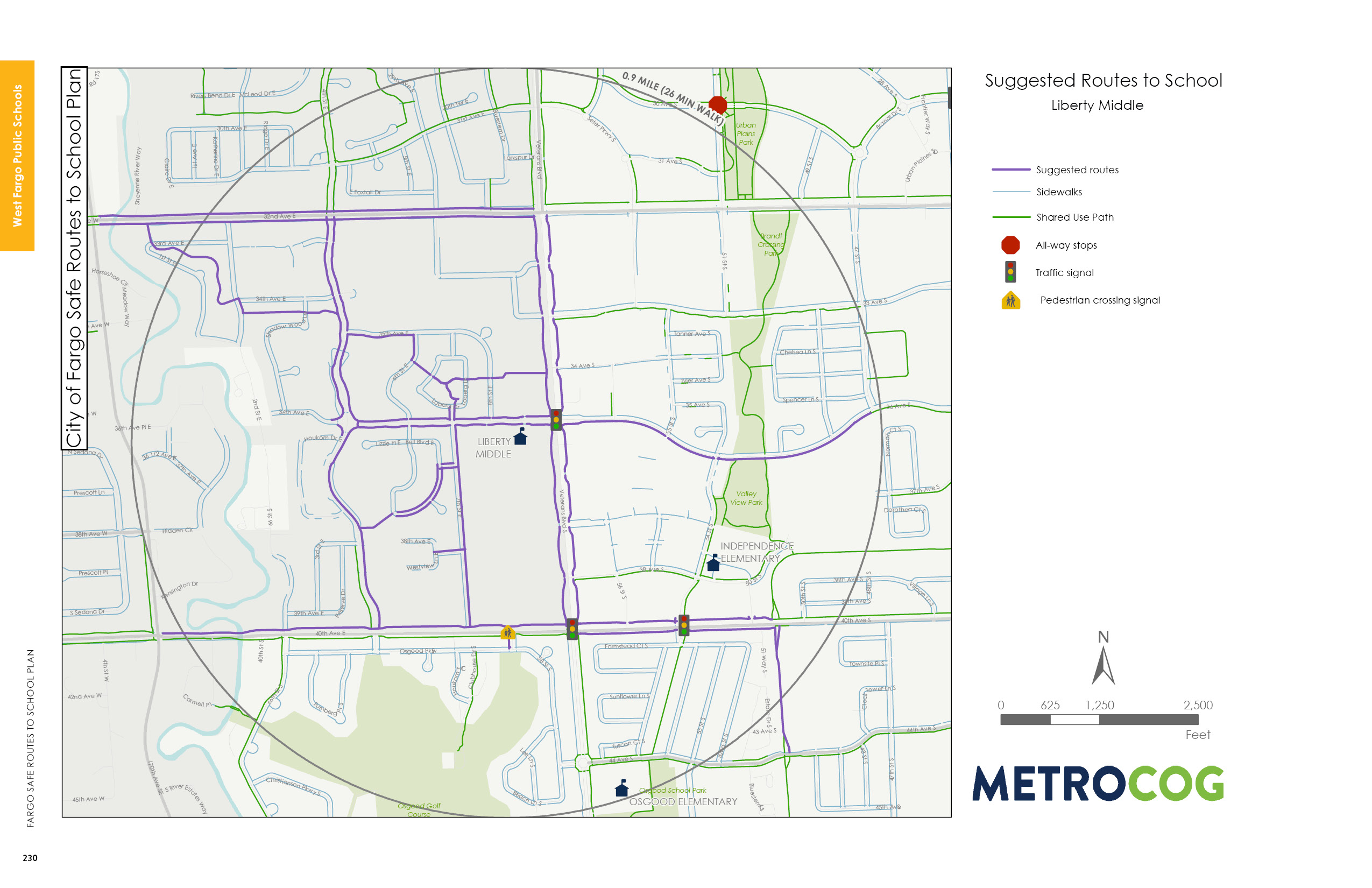 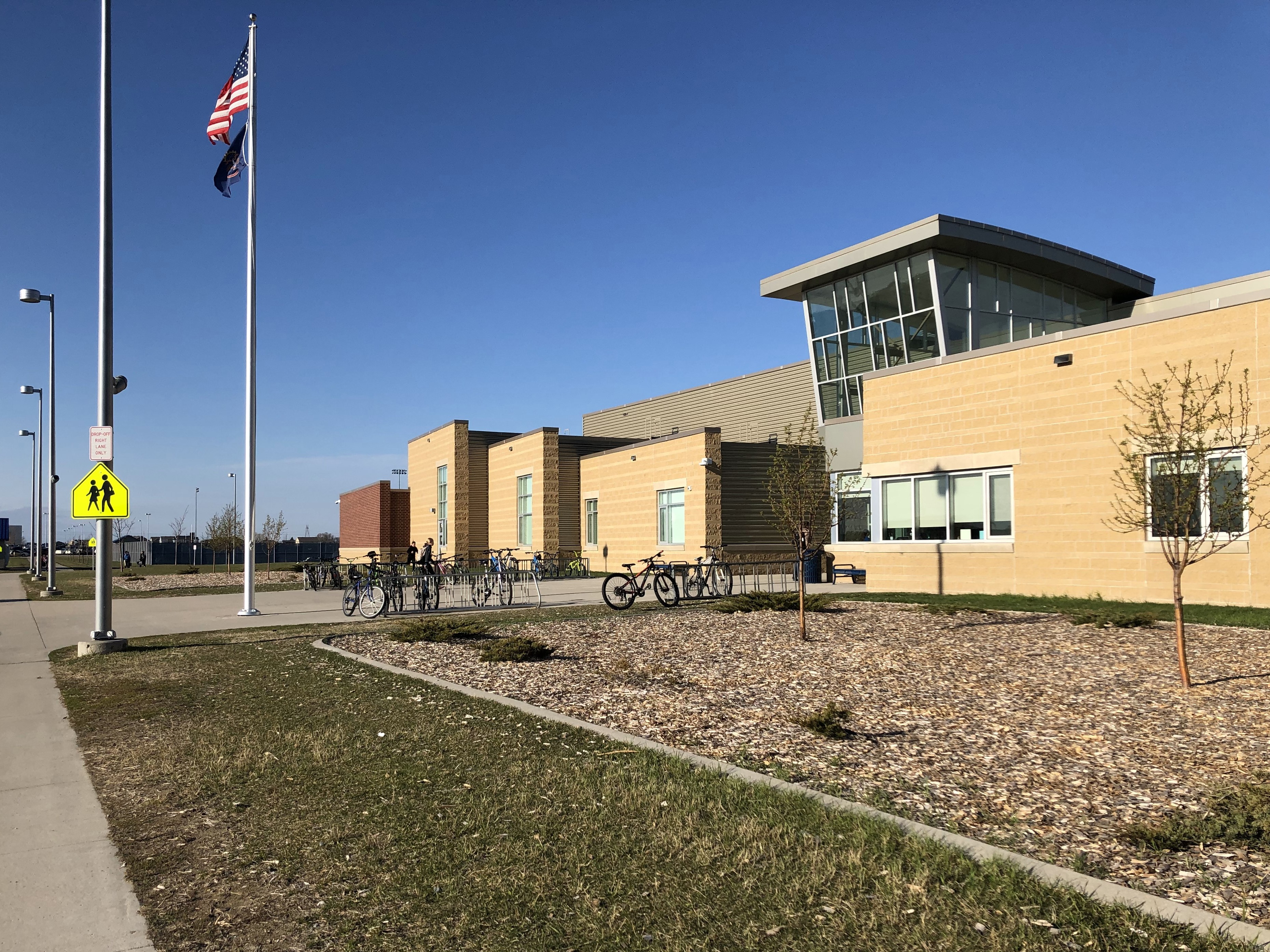 How to Get Involved at Liberty?