Jefferson Elementary is a kindergarten through 5th grade school in the Fargo Public School District. It is located approximately one mile southeast of Downtown Fargo in the city’s Jefferson/Carl Ben Eielson Neighborhood. The neighborhood consists primarily of residential single-family and multifamily, as well as
commercial and light industrial land uses. Within the Jefferson boundaries, the per capita income is the second lowest in the district and median household income is the fourth lowest in the district. More than 75 percent of students are eligible for free and reduced lunch programs. Nearly 20 percent of students participate in English Language Learners programs.

The Jefferson Elementary facility was constructed in 1921. In 2007, it underwent a major renovation and expansion to accommodate the closing of Carl Ben Eielson Elementary. The Jefferson campus is bound by 18th Street S to the west, 3rd Avenue S to the north, 16th Street S to the east, and 4th Avenue S to the south. The roads surrounding the building consist of low traffic volume local roads with access to Jefferson West Park to the west of the elementary. There is a designated school speed zone on 18th Street S west of the school between 2nd Avenue S and 5th Avenue S. There are multiple sidewalk gaps along 18th Street S as noted by challenges G and H.

On campus, there is a bike rack located at the northern entrance. It is a comb style rack that does not allow for locking of the frame and can result in wheel damage. The north doors remain locked during student arrival. 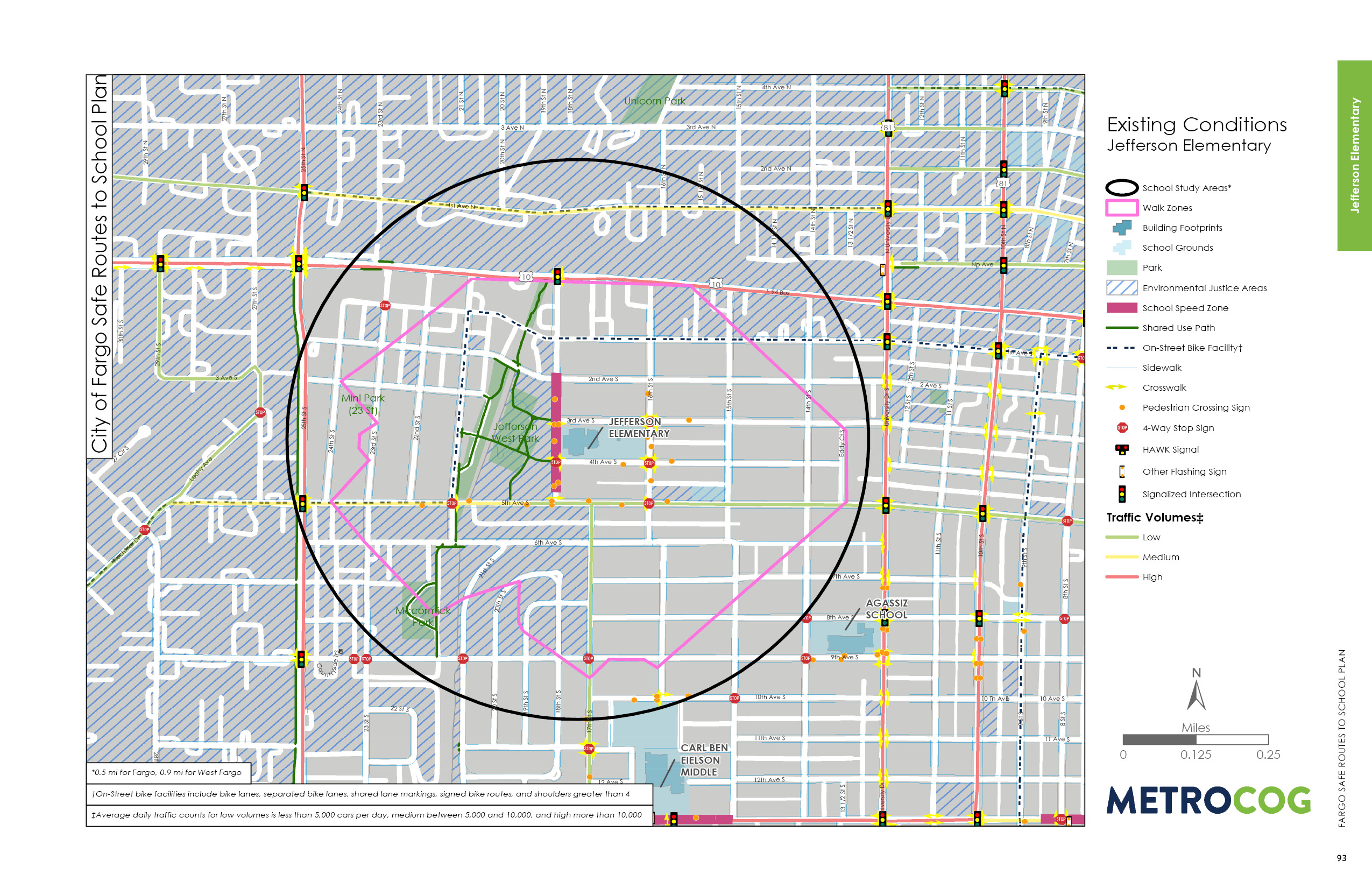 The neighborhood context of Jefferson Elementary school supports kids walking and biking to school. Many students, and caregivers of students, that do walk and bike to school identified 5th Avenue S as a barrier, with multiple challenging crossing locations due to observed high traffic speeds and long crossing distances. Some of these intersections are at 16th Street S, 17th Street S, 18th Street S, and 21st Street S. Despite the posted speed limit of 25 miles per hour, the field observation identified poor driver yielding
behavior and speeding across the corridor.

Parents and caregivers also voiced concern about safety and crime. 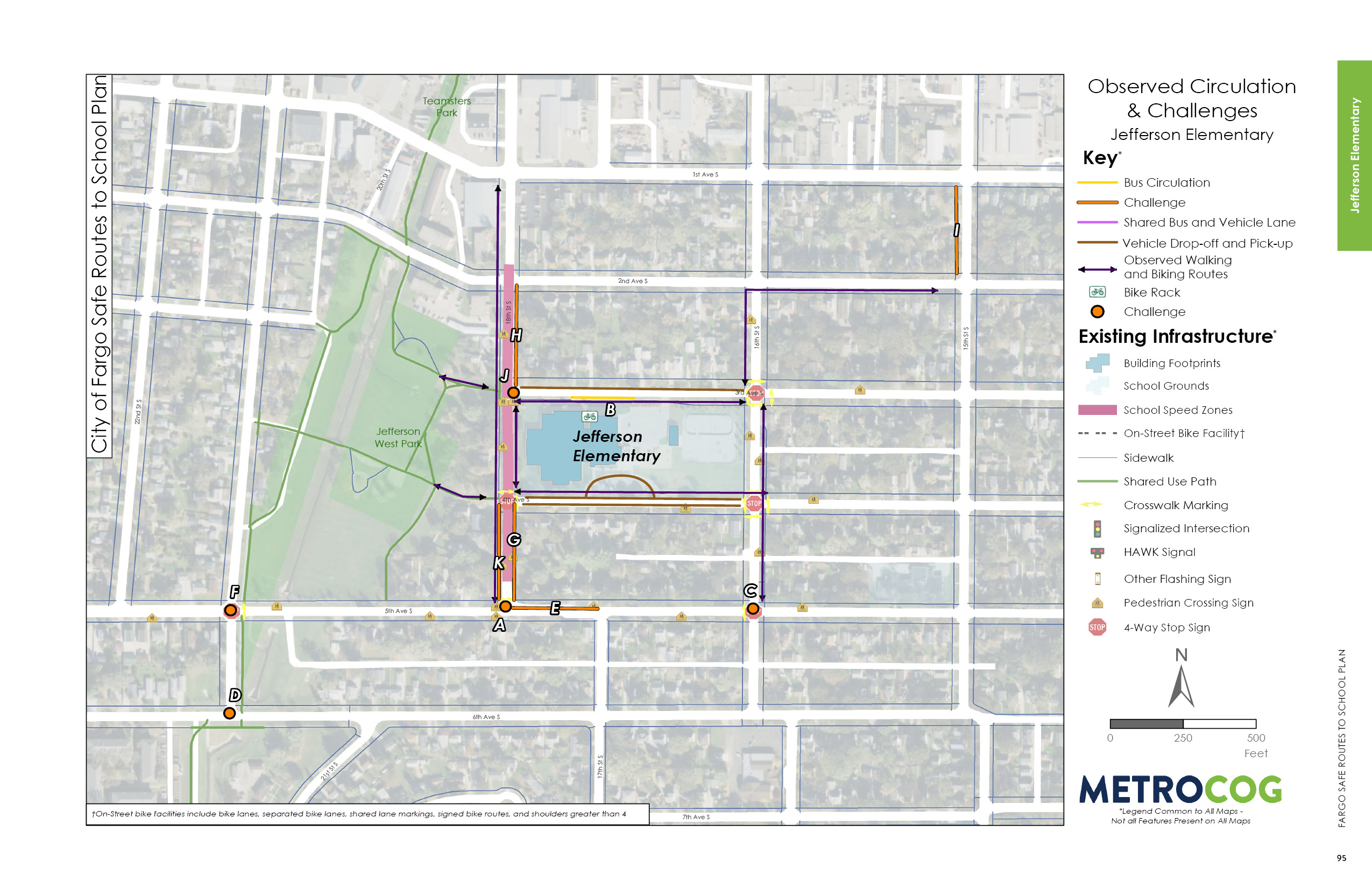 Key infrastructure opportunities for improvement near Jefferson Elementary include filling sidewalk gaps along 18th Street S and improving intersections for pedestrians along 5th Avenue S. Sidewalk gap projects and crossing improvements at uncontrolled intersections along 5th Avenue S were prioritized due to the proximity to school, traffic safety risk, and the number of students served.

When the sidewalk gap on 18th Street S between 5th Avenue S and 4th Avenue S is filled, there will be an opportunity to relocate the marked pedestrian crossing at 5th Avenue S and 18th Avenue S to align with the new sidewalk, provide a more direct connection to Jefferson, and eliminate the need for students
traveling from the south to cross 18th Street S.

Opportunities for improvement for bicycle parking include upgrading existing racks on the north side of the building and installing additional bike parking on the south side to increase convenience for the majority of students who live south of Jefferson Elementary. 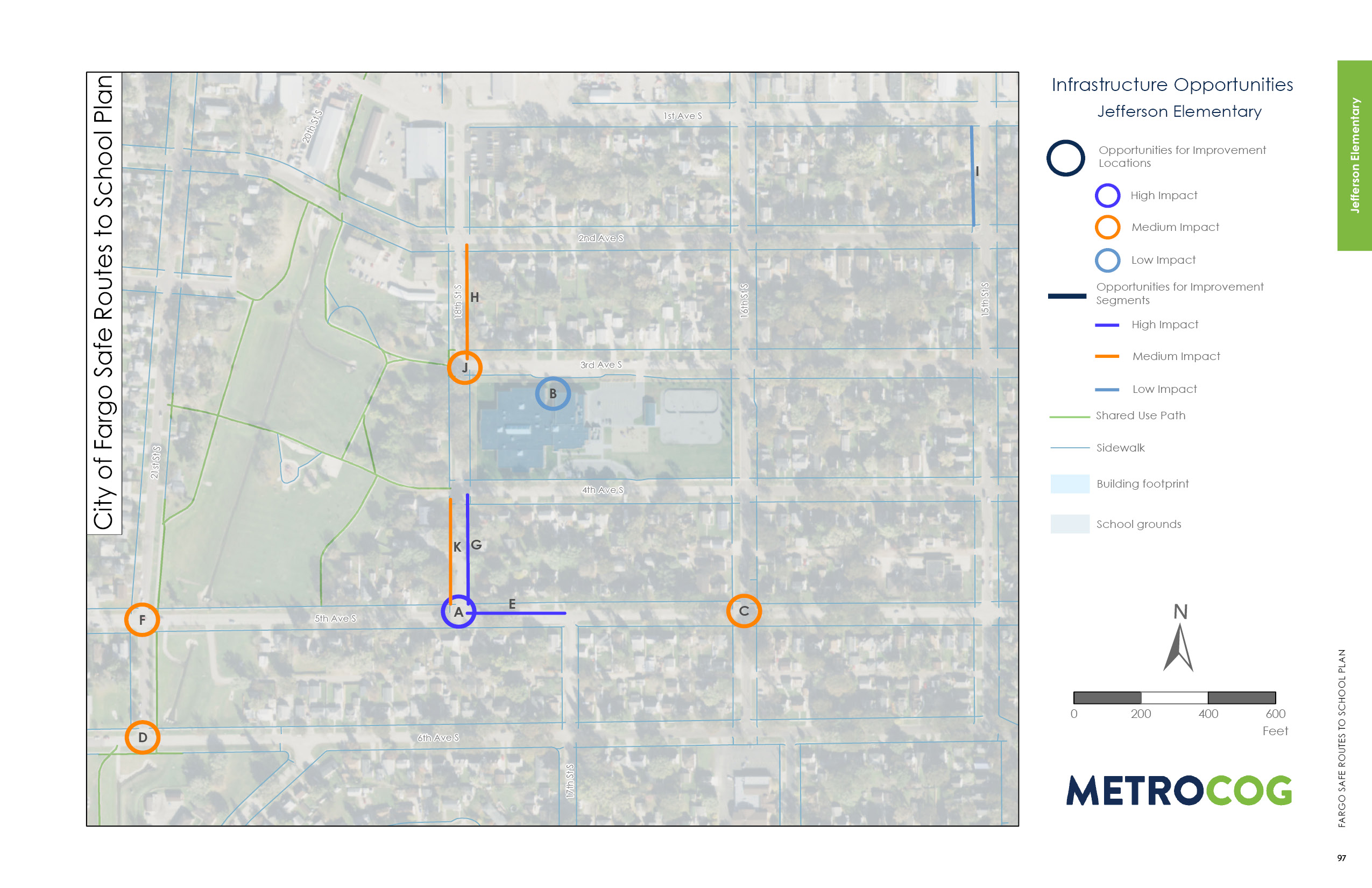 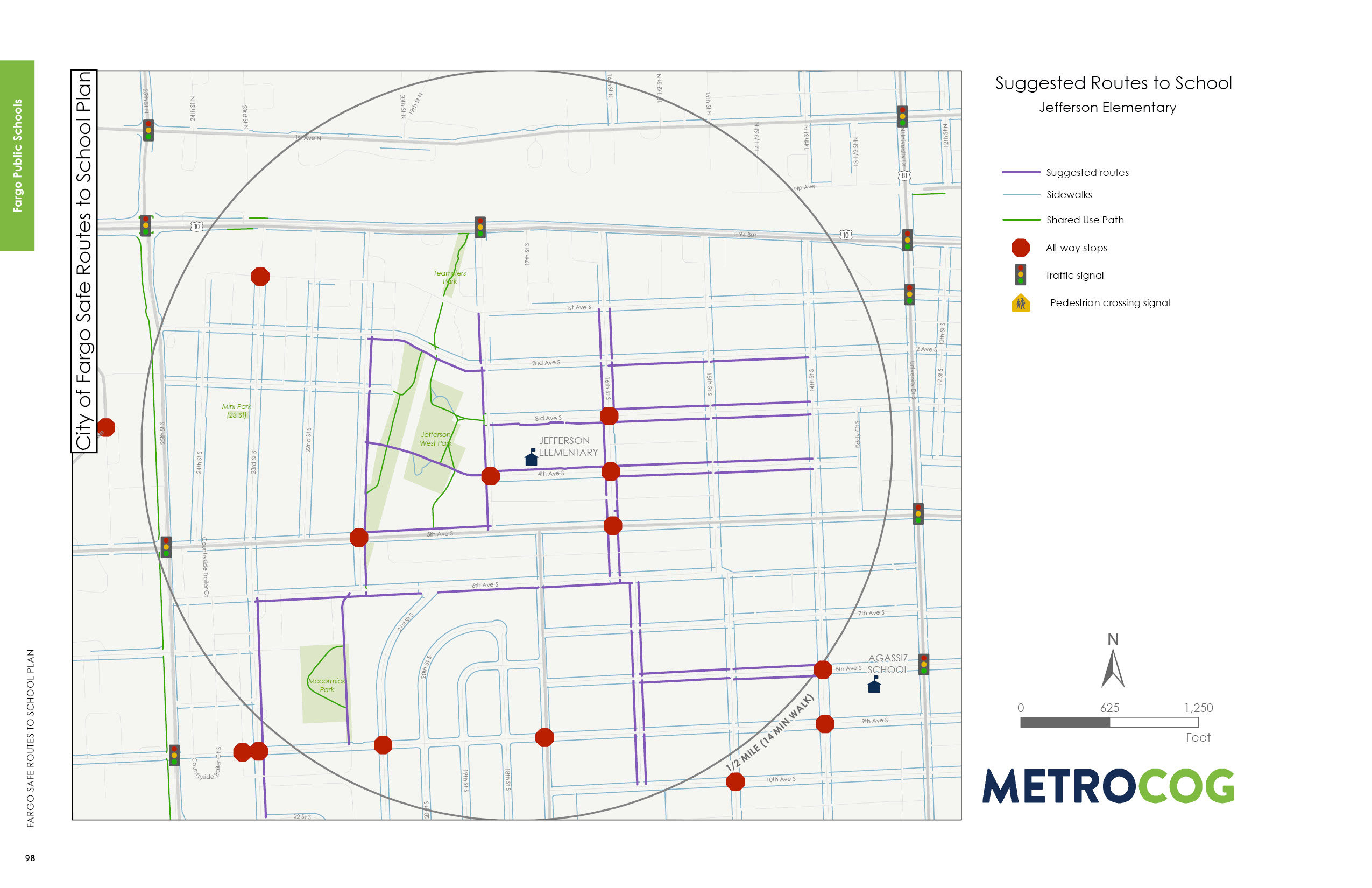 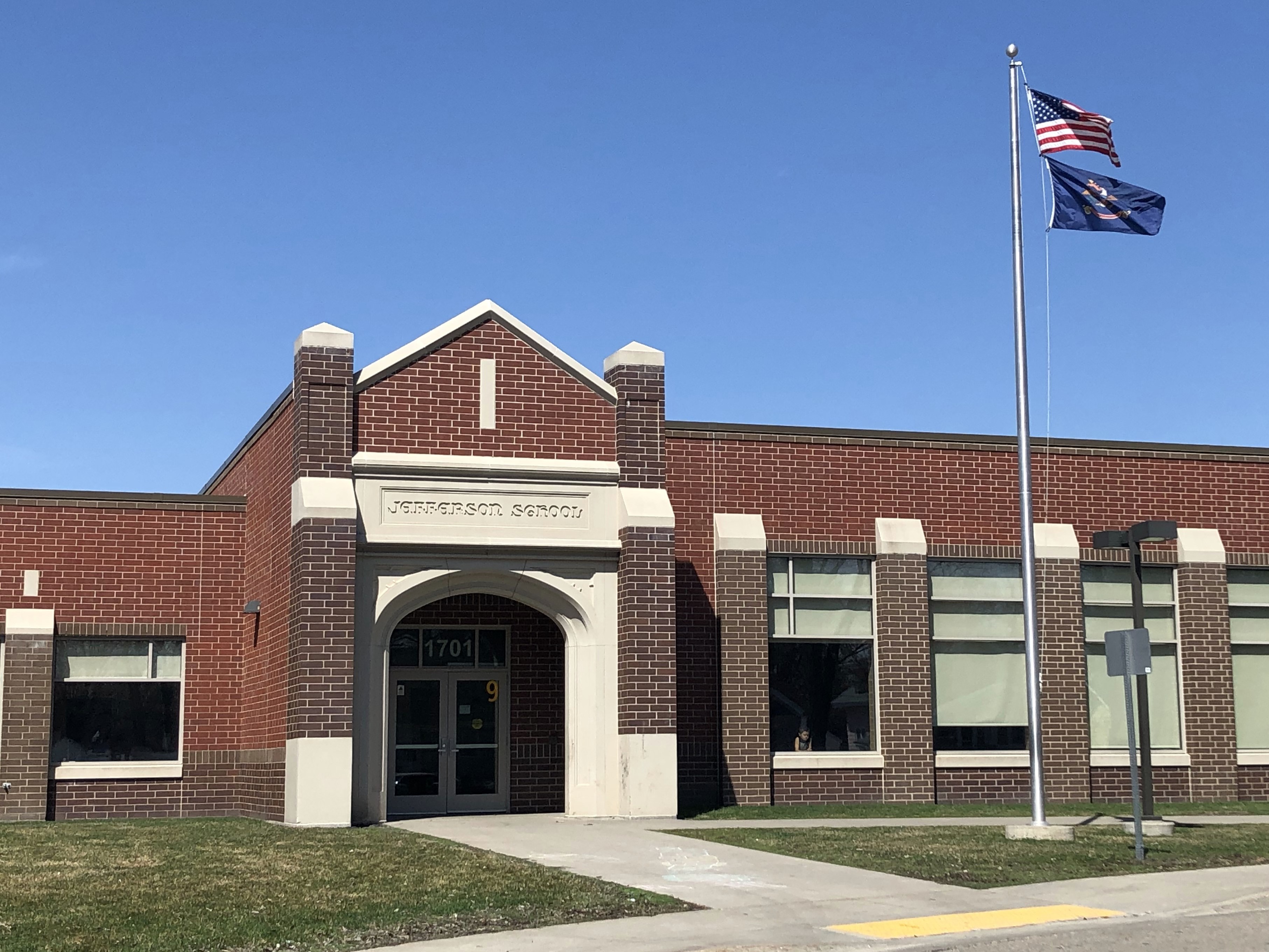 How to Get Involved at Jefferson?