Horace Mann Elementary is a kindergarten through 2nd grade school in the Fargo Public School District. It is located less than one mile north of Downtown Fargo in the city’s Horace Mann Neighborhood. The neighborhood consists primarily of single-family residential land uses. Within the Horace Mann boundaries, per capita incomes and median household incomes are significantly lower than the district average. More than 41 percent of students are eligible for free and reduced lunch programs. Less than four percent of students participate in English Language Learners programs.

Parents and caregivers dropping off and picking up use the parking lot on the east, but occasionally drop students off in the same loop as buses on the west, creating potential conflicts between users. Along the western edge of the parking lot driveway, there are no pedestrian facilities, which limits access to the school building from 10th Avenue N. 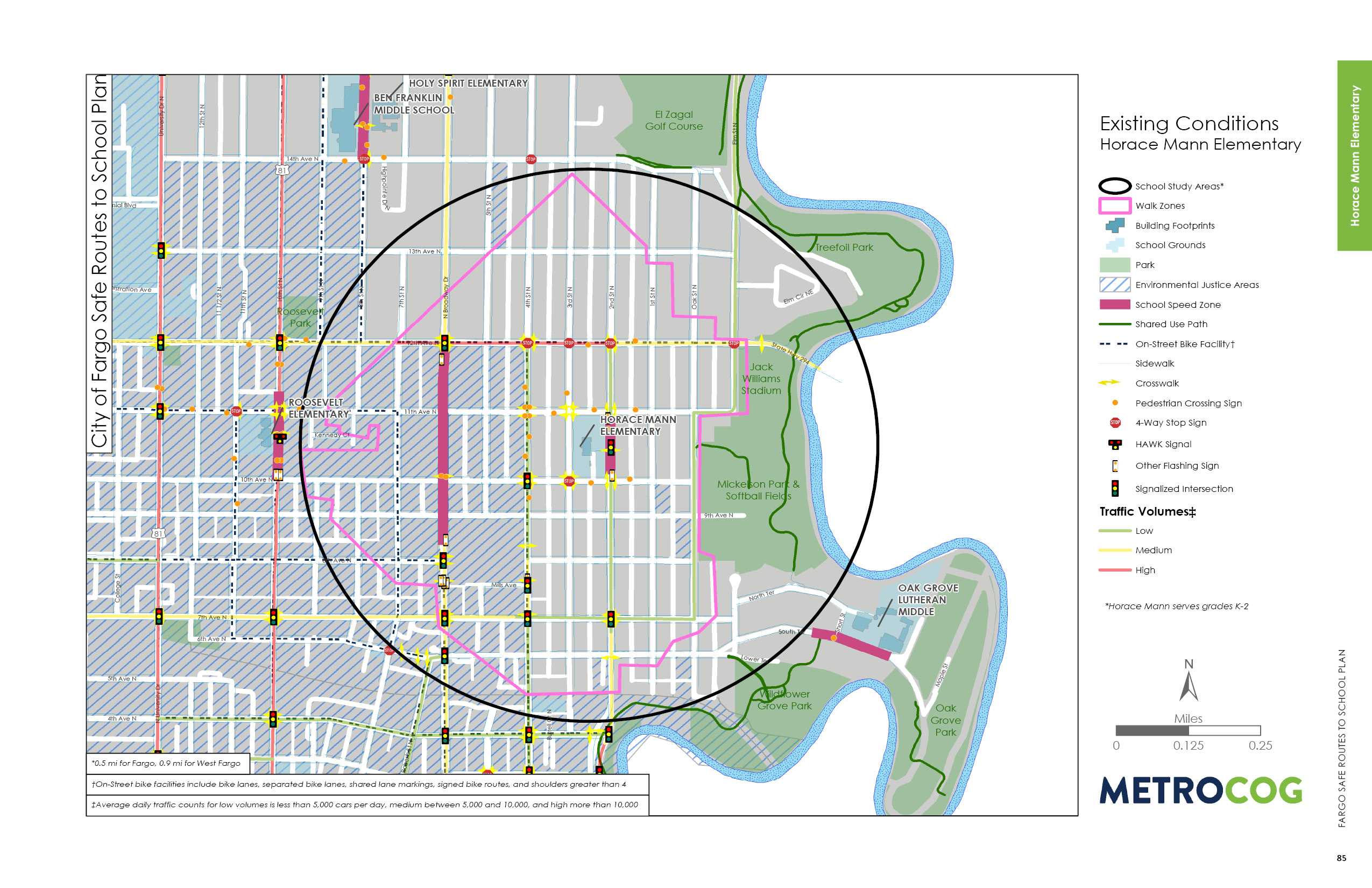 The Horace Mann campus is a traditional neighborhood school, with a smaller campus and fewer vehicle spaces than some of the newer schools, often resulting in unique congestion and potential conflicts. On the west side, the loop is used by both parents and caregivers and buses, creating conflict and congestion.

On 2nd Street N and 3rd Street N, there are multiple locations that would benefit from improved crossings and pavement markings. There is a mid-block traffic signal on 2nd Street N that may need to be re-timed to be more responsive to the pedestrian activation. In multiple field observations, the time between activation and walk signal varied from eight seconds to 40 seconds. 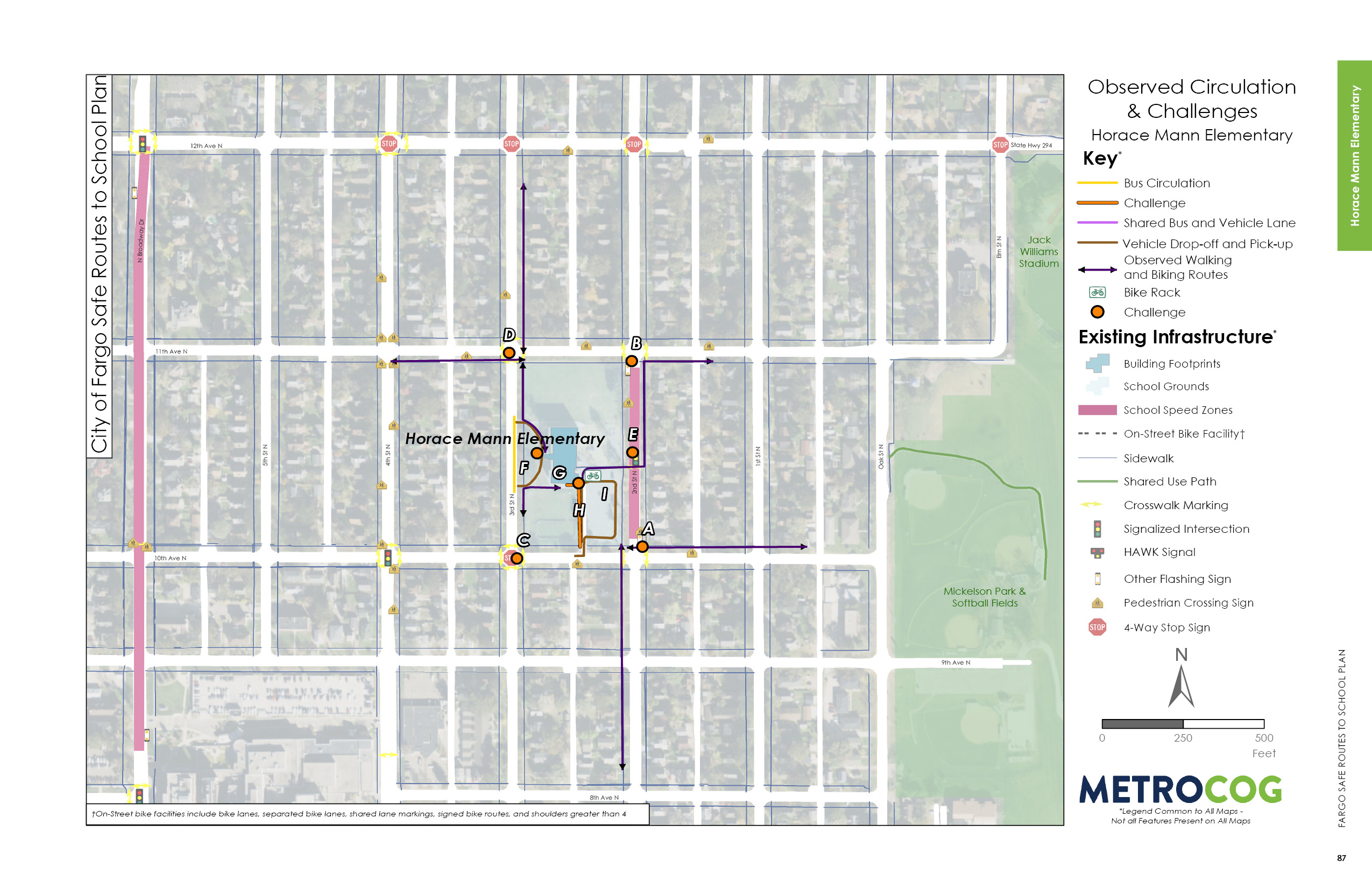 Because the streets surrounding Horace Mann have relatively low traffic volumes and speeds, the highest impact opportunities for improvement are located on school grounds. In particular, installing a separated and raised space for people walking to the south door would likely increase comfort for students and families and decrease the chances for conflict between drivers and people walking. Additionally, the bus loop on the west side of school should be closed to parents and caregivers dropping and pick up students – this would limit potential conflicts.

Curb extensions on the four corners of campus to shorten crossings, increase visibility, and calm traffic are of lower impact because of existing traffic volumes and speeds, but should be considered to increase comfort for students and families. 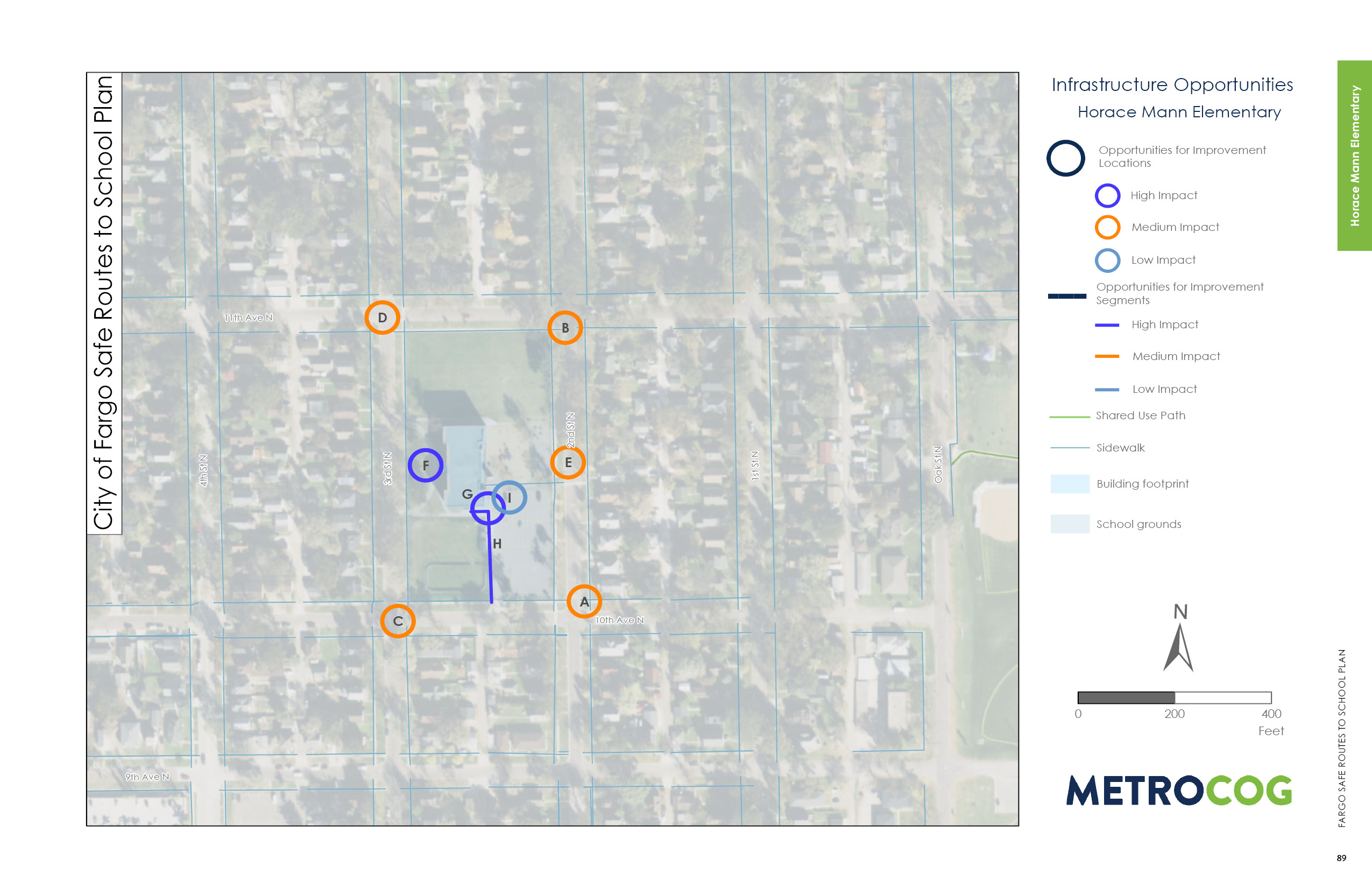 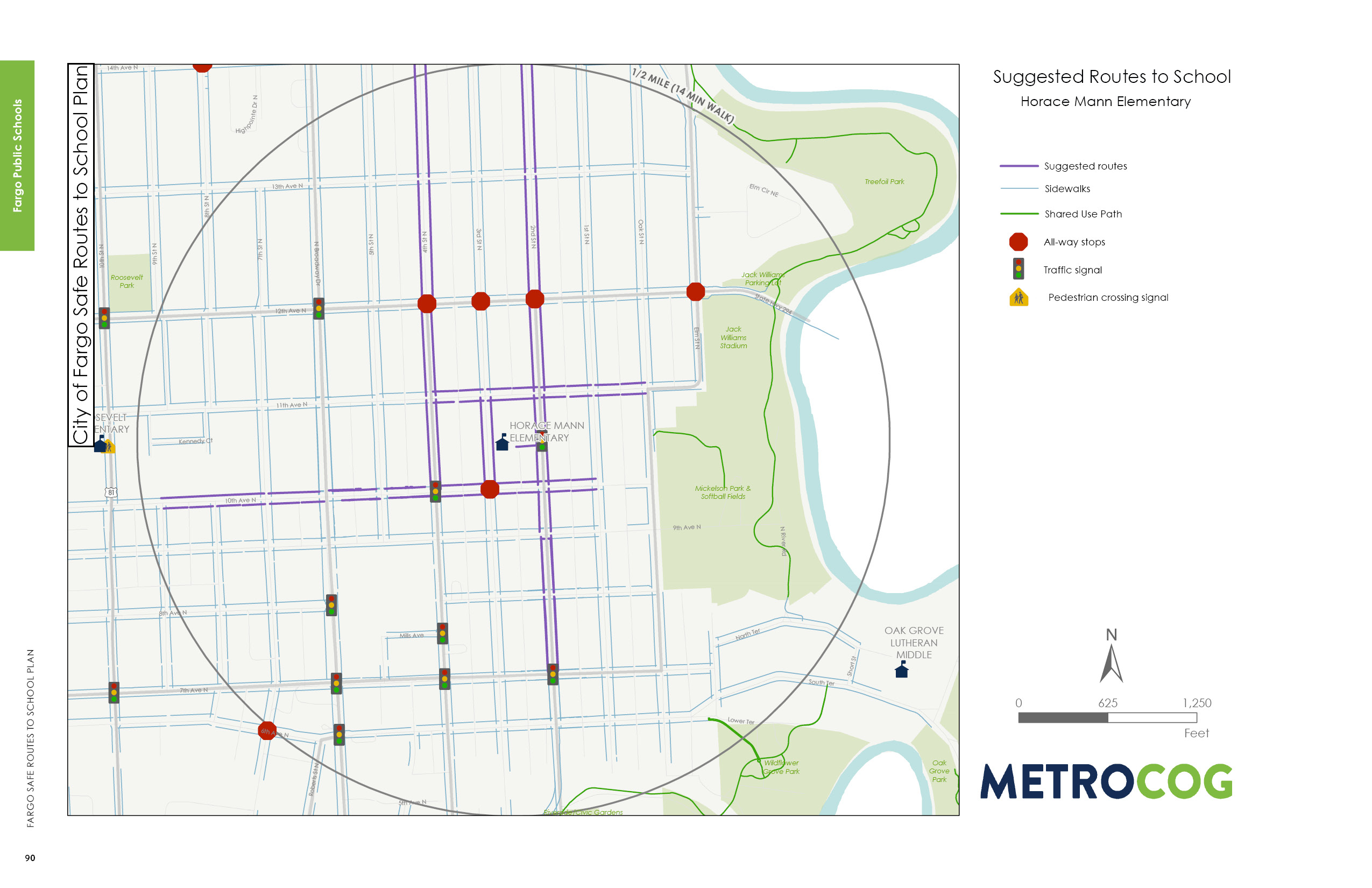 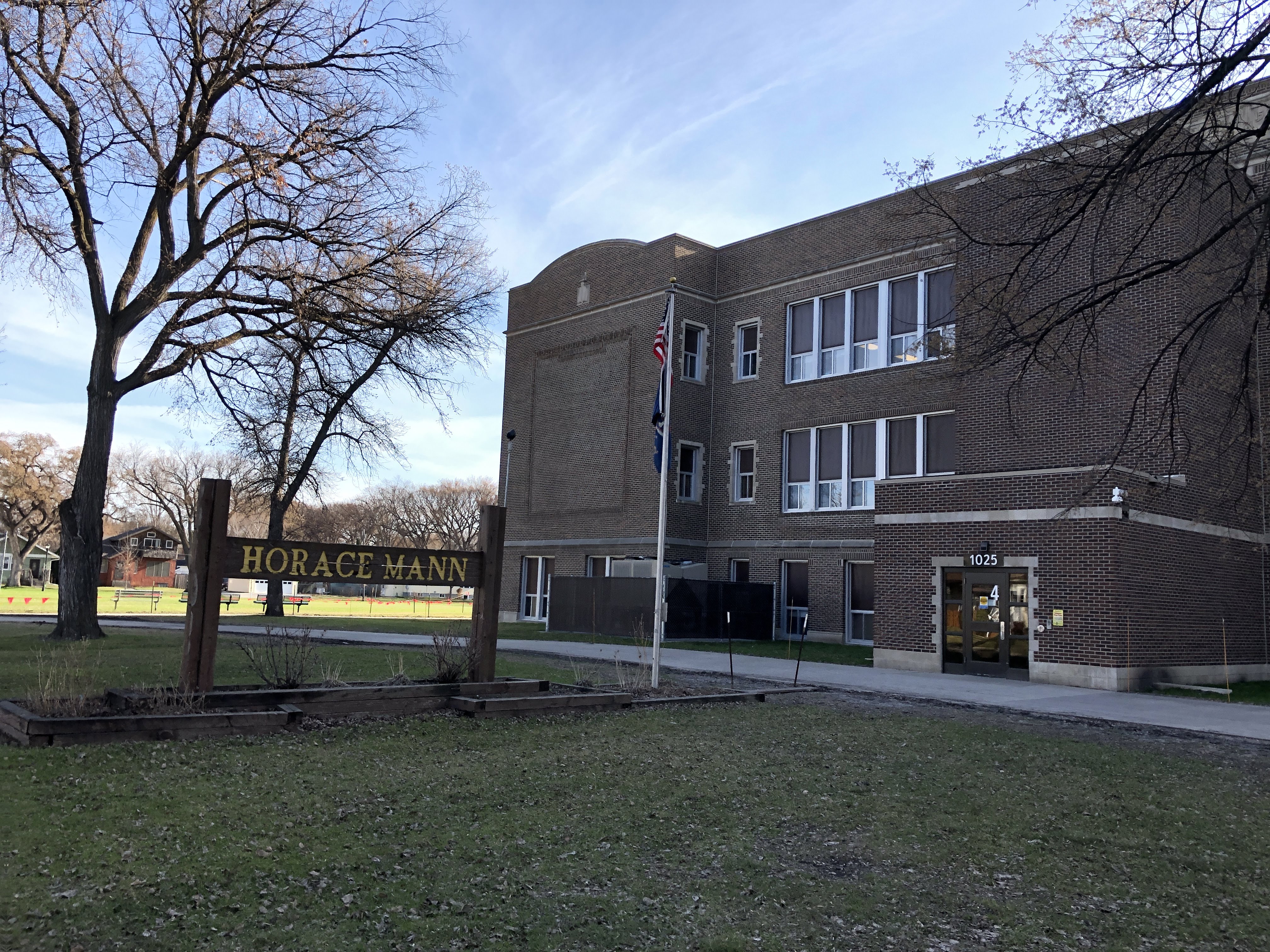