Discovery Middle is a 6th through 8th grade school in the Fargo Public School District. It is located approximately 4 miles south of downtown Fargo in the city’s Southpointe neighborhood. The neighborhood consists primarily of residential land uses. Within the Discovery boundaries, per capita income is greater than the district average, as well as, the median household income. Nearly onequarter
of Discovery’s students are eligible for free and reduced lunch programs. Less than six percent of students participate in English Language Learners programs.

The Discovery school facility was constructed in 1994 and renovated in 2018. The campus is bound by 18th Street S to the west, 40th Avenue S to the south, the Milwaukee Trail shared use path to the east, and Discovery Park to the north. 40th Avenue S is a high traffic volume roadway. 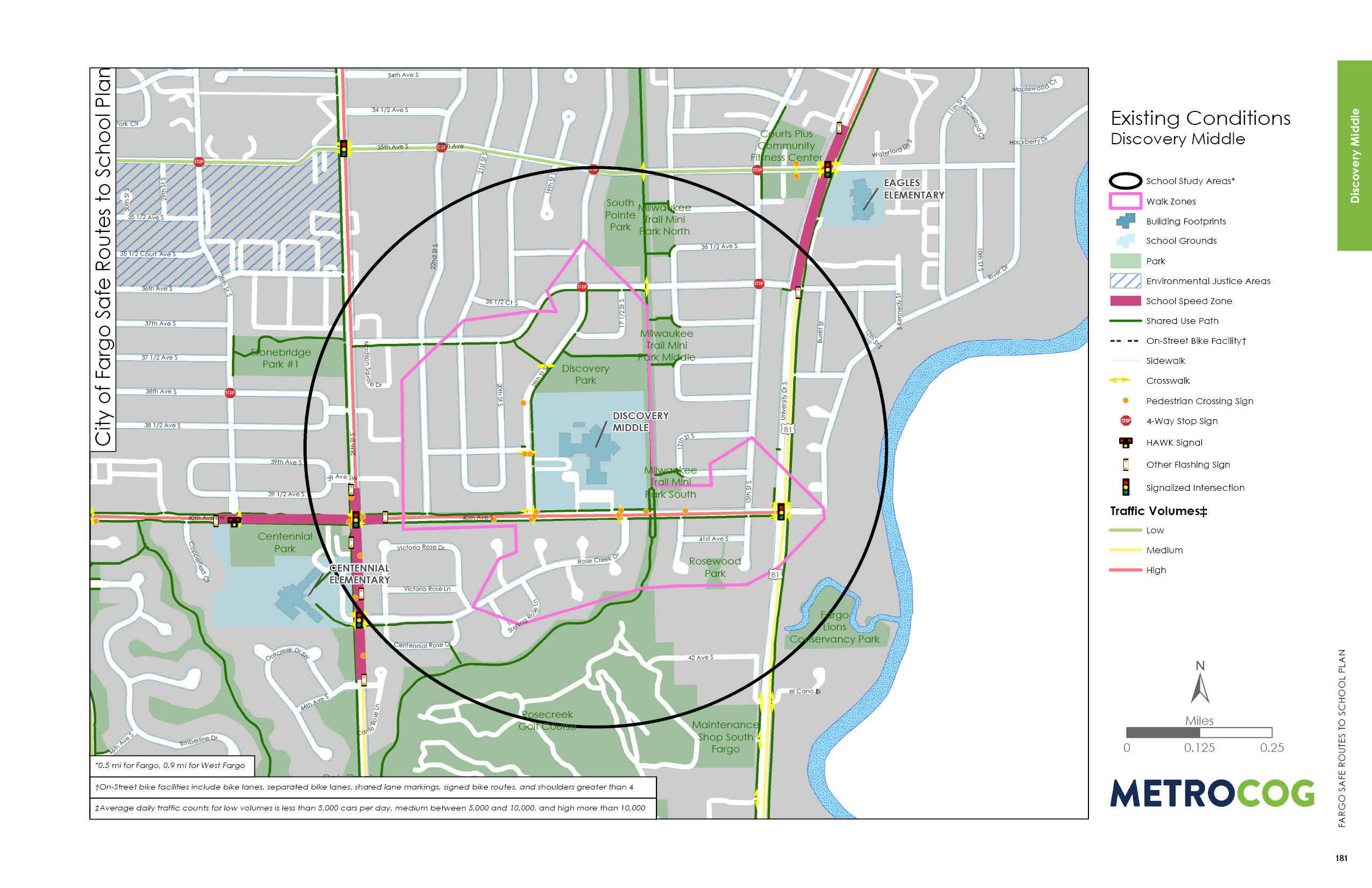 There is a pedestrian-activated flashing school crossing sign and marked crosswalk at the 18th Street S and 40th Avenue S intersection. There were motorists, including bus drivers, who failed to yield to pedestrians and bicyclists at this location. It was observed that a student waited ten minutes to cross at 40th Avenue S at 18th Street S.

Additionally, there is a marked and signed crosswalk on the west side of 40th Avenue S and Rose Creek Drive. At the driveways to the parking lot off 40th Avenue S, drivers were observed blocking the crosswalk
and failing to yield to students crossing.

18th Street S is the primary north-south circulation route. The west side of 18th Street S lacks a sidewalk connection. During arrival and dismissal, parents park in the travel lanes, forcing through traffic to drive in the center turn lane. This also creates visibility challenges at the crosswalk.

During the field observations, there were barricades in place in the parking lot to prevent parents and caregivers from dropping-off/picking-up in the loop; however, some drivers disregarded these barricades, driving around them to park in the loop. There may be opportunities to improve vehicle circulation throughout the campus.

Though there are multiple doors on the east side of the building that would provide a more direct route to the existing Milwaukee Trail, students are not permitted to use them. There is additionally no designated route between the Milwaukee Trail and Discovery that allows students to avoid vehicle conflict areas. 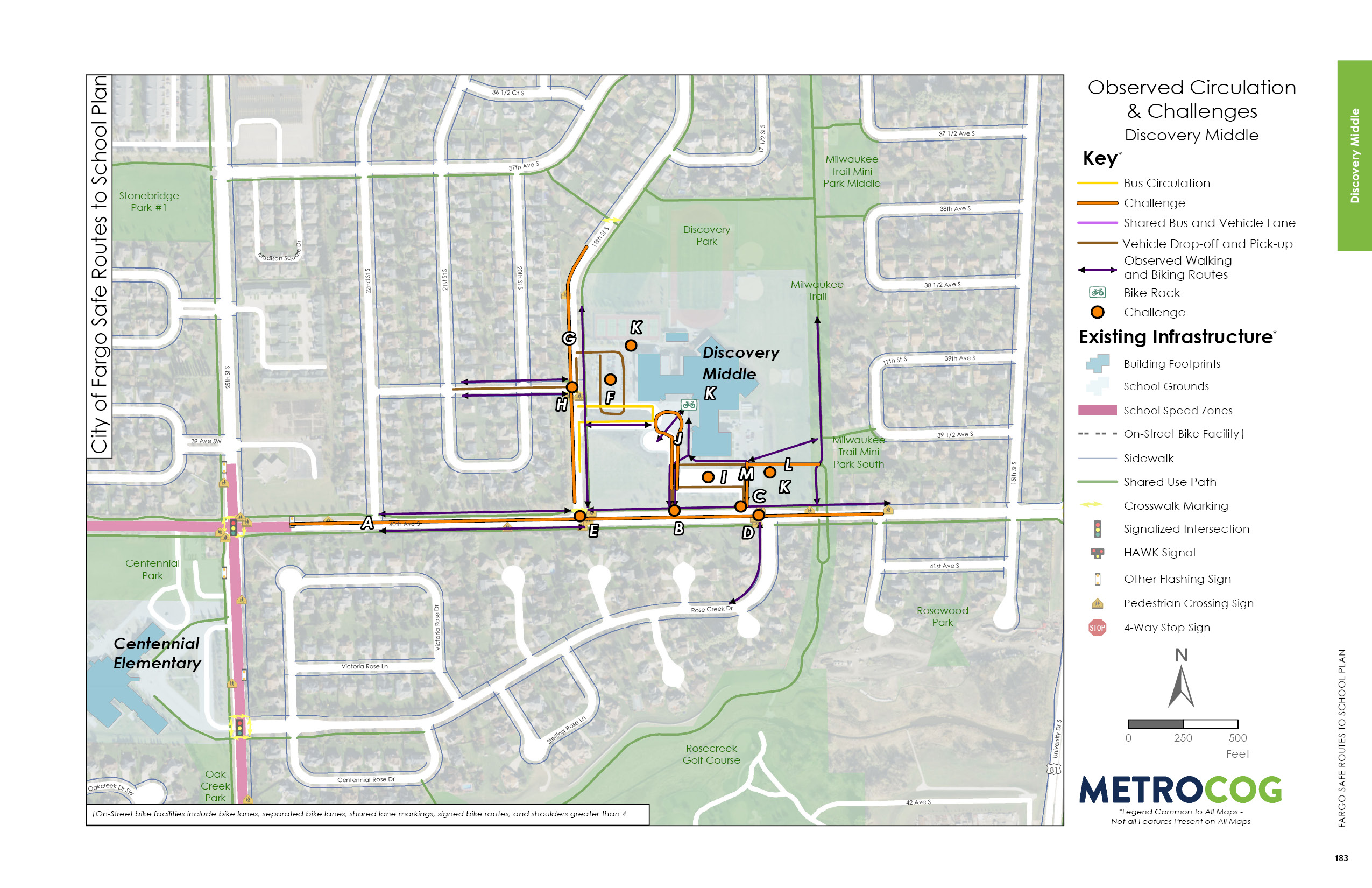 On campus, opportunities for improvement include shifting parent pick-up and drop-off from the parking lot to the existing loop with vehicular off 40th Avenue S. This will allow parents to drop students at the main entrance and reduce pedestrian/vehicle conflicts in the parking lot area. Trail/sidewalk infill projects are recommended along the east side of the south parking lot and to the Milwaukee Trail to give south and eastbound students a walking route that avoids vehicular conflicts on campus.

Along 40th Avenue S, opportunities for improvement for pedestrian and bicycle circulation and crossing improvements are located at the school driveways and at the intersections of 18th Street S and Rose Creek Drive. A school speed zone is also recommended along 40th Avenue S south of Discovery Middle. 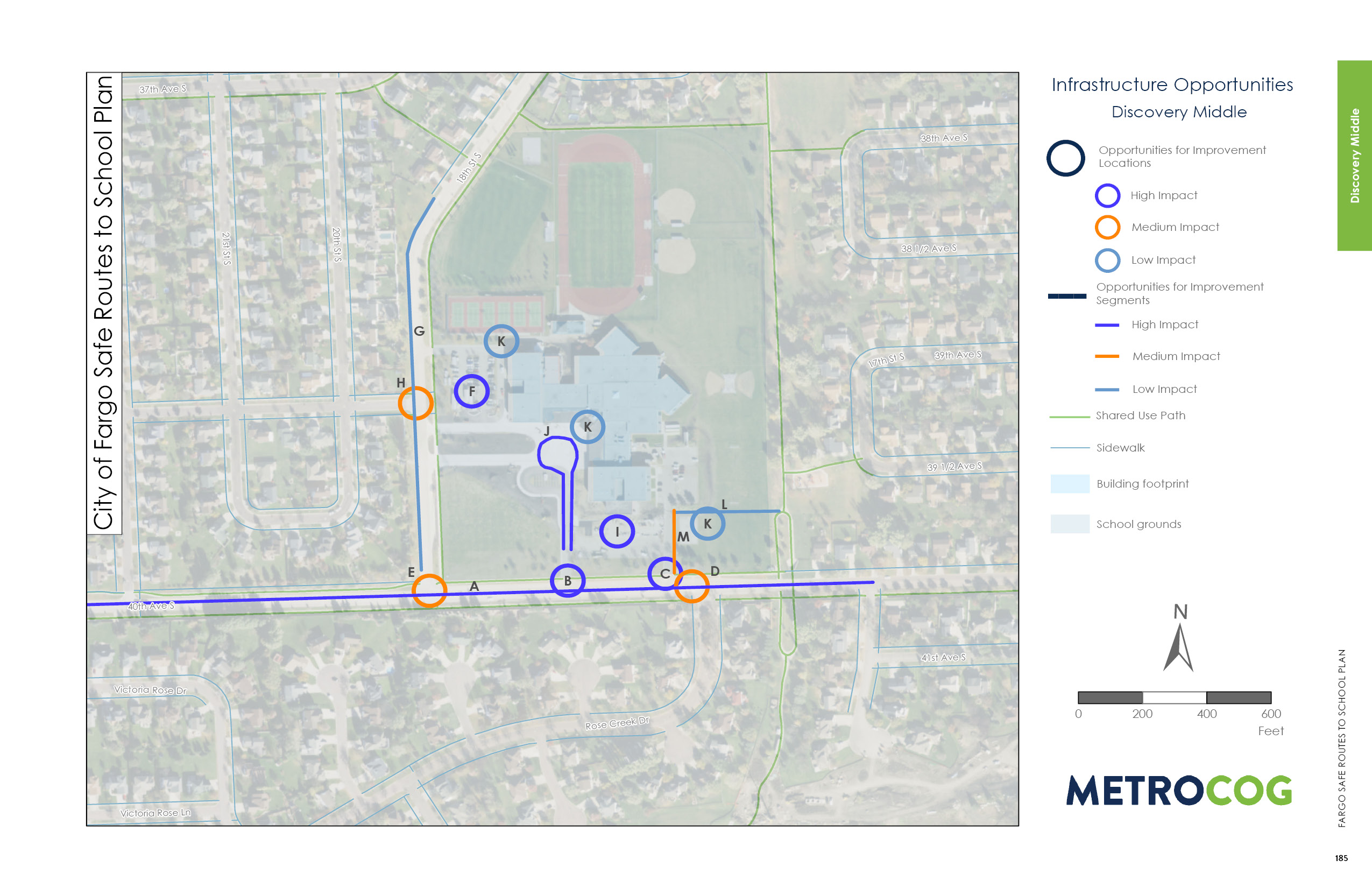 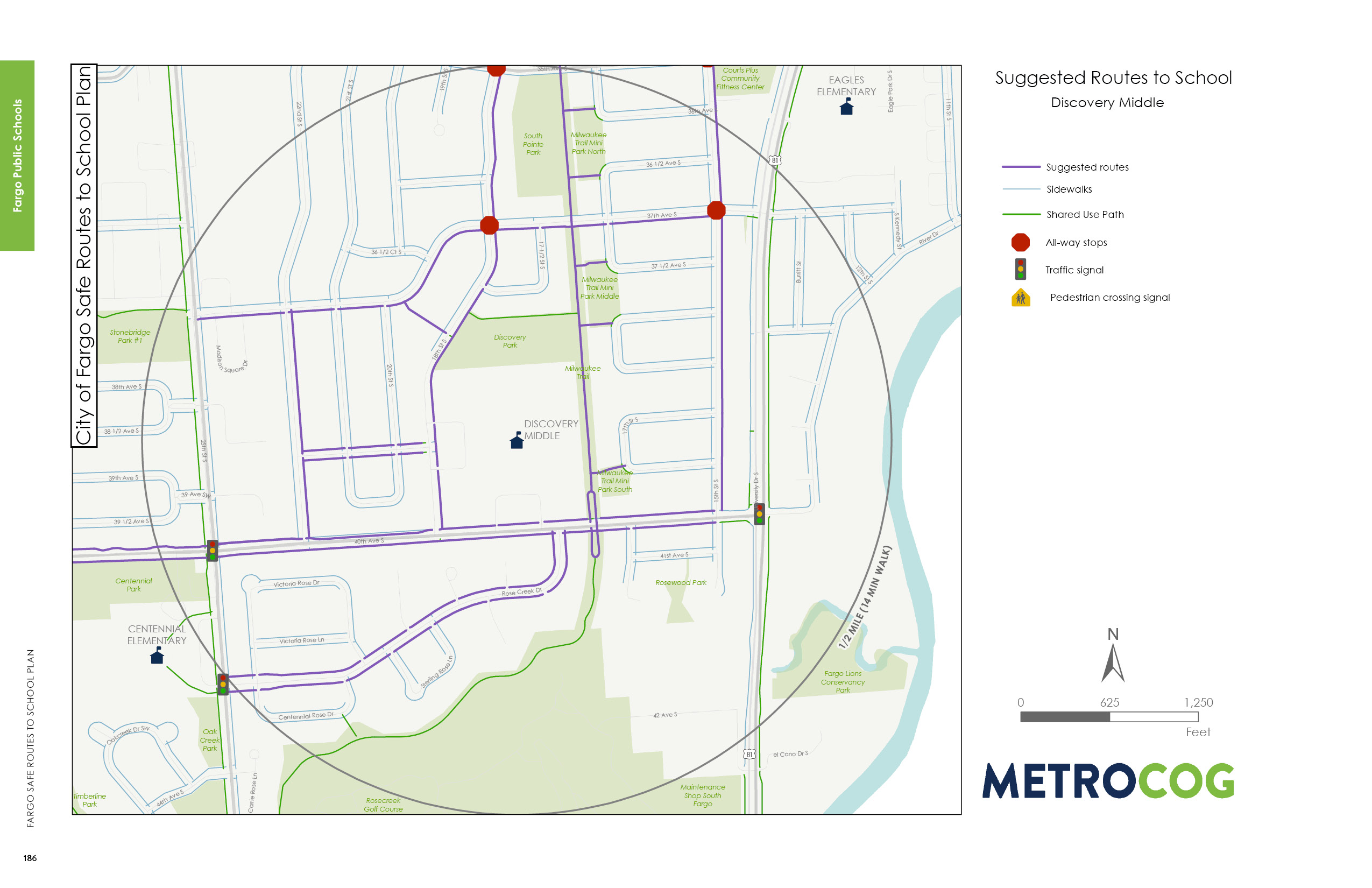 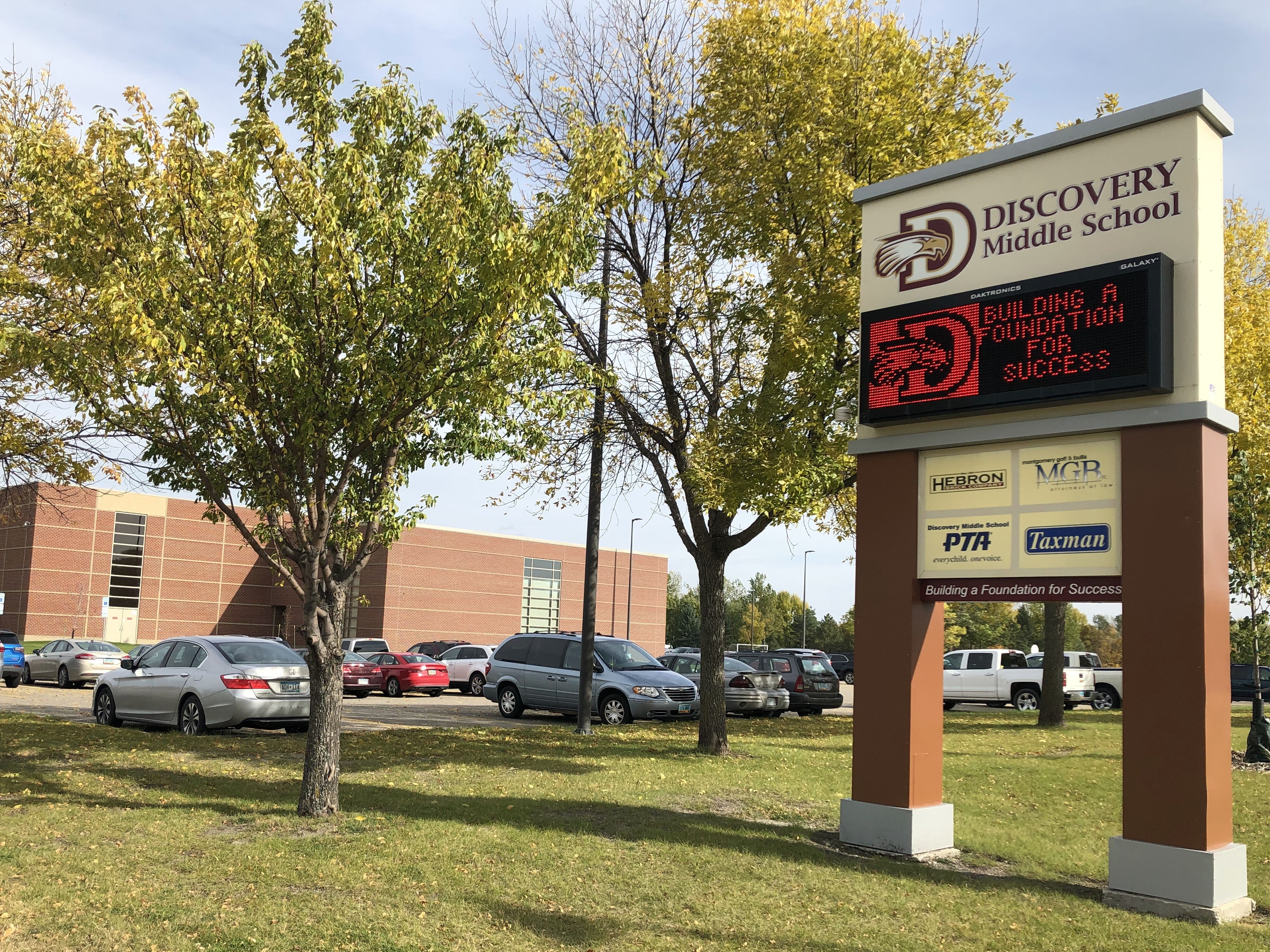 How to Get Involved at Discovery?